Poor sales negotiating may be costing you as much as 50% of your net profit?

Economic uncertainty has taught customers to push hard on price and terms, and even relatively receptive buyers use aggressive negotiation techniques. For sellers, the impact on average price can be as much as 5%, which in turn can represent up to 50% of net profits.

Yet many companies use generic negotiation training that is based on outdated principles of positional negotiation, and not adapted for the sales environment. Good sales negotiation is based on science and cannot be separated from the sales process.

A Sample Negotiation Training Course Content for a Client

This course was structured as follows:

Preparing for the Negotiation

One of the most common yet regularly unnoticed daily activities we all engage in is – negotiation.
During an average day, people will find themselves negotiating with the bank manager over the terms of a business loan, or with a supplier about a problem with the raw materials, or simply with their child, over why the shoe needs to be put on.

Regardless of age, gender, ethnicity or social status, negotiation skills are a well-engrained activity in our society and are crucial in influencing another person’s decision to achieve a personal objective. But it’s not just common – it’s essential to living an effective and satisfying life. Once fully mastered, it can help you achieve the goal without being detrimental to anyone.

That said, one must fully understand the proper negotiation procedure first in order to ensure its success. This is where KONA comes in – we will help you follow a structured approach to negotiation, allowing you to reach an agreement where both you and the other party actually gain something.

When you think about your team, do they tend to fall victim to these common traps:

If your answer is ‘yes’ or ‘maybe’ to even just one, then their NIQ (Negotiation IQ) needs IMMEDIATE ATTENTION.

Negotiation is a process used to reach a compromise or an agreement without heated arguments or disputes.

We negotiate for our salaries, promotions, with customers, and in sales. Some occupations may be more ‘negotiation-focused’ than others, but negotiation is a key characteristic in any business, career, or encounter.

In sales – negotiation is the train track on the railway line – it is a vital skill to have in order to persuade your prospects to accept your terms of offer – that, or your way derails before the journey even begins.

There is a whole body of literature out there about negotiation handling. Here we bring you two of the best – two negotiation techniques that are proven to work as inspired by best seller on psychology, Adam Grant and social psychologist, Adam Galinsky.

All aboard? Let’s go.

Implore the Technique of Anchoring – Make the First Offer

Contrary to traditional wisdom, best writer on work and psychology, Adam Grant recommends making the first offer. Based on his research, “people who make the first offer often get terms that are closer to their target offer.” For instance, when the initial amount is set high, the final negotiated amount will usually be higher and vice versa. This agrees with the principle of ‘anchoring’- the psychological premise that describes the common human tendency to be influenced by the first piece of information offered. The anchoring effect plays out in not just negotiations but in predicting emotions, persuasion and so on.

Make Your Prospects Feel They’ve Made A Good Deal

Every prospect wants to feel that they’ve got a good deal or a good bargain. According to Adam Galinsky, you should never succumb to the first offer even if it’s close to your offer. This creates a value proposition and your client will come away feeling as though they’re getting a great deal.

In any negotiation, three qualities are crucial and very likely to influence the negotiation outcome: attitudes, knowledge and interpersonal skills.

Good negotiators are not emotional or confrontational, they adopt a conscious, assertive approach, they are calm, professional and patient.
Good negotiators are flexible, aware of themselves and others, honest, win-win oriented and most importantly good communicators.

“Speech is silver, but silence is golden” is a fitting quote to describe one of the most powerful tactics in negotiation, which is, well, silence.

One of the key aspects of negotiation is that both parties need a “footing” for a negotiation to take place. To find if the other person’s footing is really solid as they would like you to believe, you need to be silent.

Silence is an effective way to gauge the other person’s confidence in their position. Many people are uncomfortable with silence and will often fill the air with meaningless talk. On the other hand, silence, when used in negotiation, always requires a response.

How Silence in Negotiation Works?

To better understand how silence can give you leverage in negotiation, let’s use a scenario.

Let’s visit the outbound sales agent negotiating with a client via the phone. The call was going well when suddenly it came to a screeching halt. The sales agent had proposed a sales deal and rather than a quick response, the client didn’t respond.

Faced with silence from the other end of the line, this sales agent had a decision to make. This deadlock situation can only be broken by speaking first and taking back the proposal, or the agent could hold his/her ground and wait as long as it takes for the other side to respond. Choosing the latter, the agent waited long enough so that the other party would crack first. Finally, after a long pause, the client responded, eventually agreeing to the proposed deal.

As negotiators, we can’t deny the fact that our words are our greatest weapon to tip the balance to our advantage. We communicate our position through words, argue with words, and move our way through the negotiation phase using words. The words never seem to stop coming.

However, if a period of silence shows up during negotiation, both sides tend to feel uncomfortable and restless. We simply don’t know what to do with the silence. But if you start seeing silence as a tool, you will be able to turn the negotiation tables in your favour.

When a period of silence happens, the other person will start to talk again hoping to win the upper-hand with their unrelenting talks. The result of this talking is that they may end up revealing too much or even backtracking to their original position.

In negotiations that take place in the real world, you need to learn to look calm and confident. Smile at the other party, review your notes and stay engaged through body language and body contact. At some point, the other party may have no choice but to buy some time and go somewhere else for a while to focus. Whatever their choice, give silence a chance.

And if the roles are reversed you have the right to be silent. Instead of striking back with a half-baked, badly thought through answer, learn to be comfortable with silence. “I’m thinking this through”, “I’d like to explore this idea, give me a minute” or “I’ll get back to you.” will help buy you time.

Use a Coach to Refine Your Silence in Negotiation

Silence has to be practiced and refined in negotiation training. Training helps you measure your adeptness to silence; then develop the skills to use it subtly and effectively through role plays and critical incidents.

Negotiation training is the best way to simulate situations and develop awareness, confidence, and mechanisms for handling silence.

Learning to stay silent is an easy to use tactic and can be the most powerful tool when used right in the hands of a skilled negotiator.

Remember: The less you talk, the deeper, enigmatic and powerful you look. 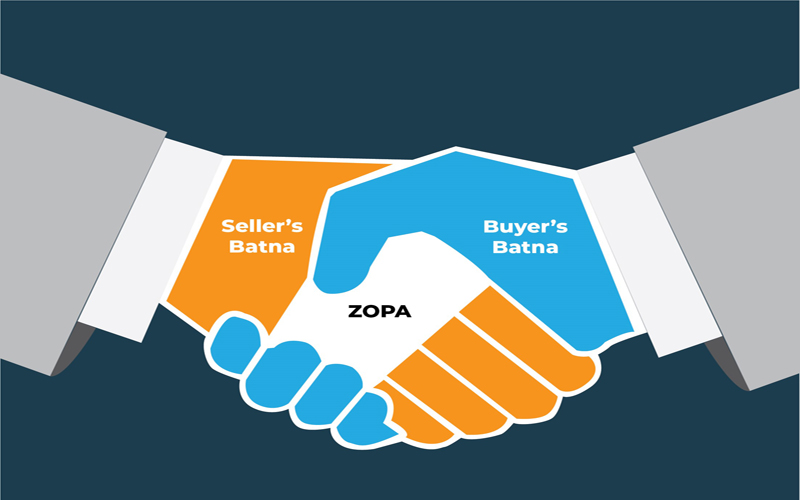 Expected Outcomes from your customised negotiation skills training include:

To discuss how KONA’s Negotiation Skills Training and Coaching can improve your results, contact the KONA Group anytime:

Please enter your details below to receive your Brochure via email.

Your brochure is on its way!

Please enter your details below to receive your Brochure via email.

Your brochure is on its way!

Please enter your details below to receive your Report via email.

Your report is on its way!